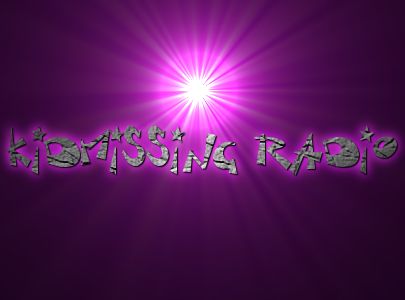 I have several news items regarding KIDMISSING and KIDMISSING RADIO.
The picture about is our official logo created by me. KIDMISSING'S is the same. I have 2 episodes of KIDMISSINGRADIO coming up. First on March 16,2013 is Christopher Abeyta  and 2nd is Janice Pockett. In both cases my guest will be a sister to the missing child. We also now have our own Twitter account. @KIDMISSING1 Please follow us. Here are a few links about the subjects of our upcoming shows. Find Christopher  Janice Pockett Facebook page created by her sister

July 06, 2020
Chasey was last seen by her dad at about 4PM July 5,2020 at his home in Grafton,MA. Grafton is a small town of 17,765 people in southern Worcester County. Her parents are both very concerned for her welfare. Chasey please at least call your mom or dad to let them know you are ok. Everyone please share this poster for her mom Wendy with whom I am working. found safe
3 comments
Read more

August 13, 2010
Only one of Rands multiple suspected victims has ever been found. She was Jennifer Schweiger a 12 year old with downs syndrome that he buried at his campsite in the woods near the mental hospital he was janitor at. He  got 25 years to life for her kidnapping and murder.  Here is a list of other possible victims who's bodies have yet to be found:   Alice Pereia, Holly Ann Hughes, Tiahease Tiawanna Jackson & Henry Gafforio. Audrey Lyn Nergenberg, an eighteen-year-old who disappeared in 1977 is also believed to be linked to Rand. Let's help Staten Island police solve these cases and brings these kids home for their families to bury. He spree of terror lasted from at least 1977 to 1987 when he killed Jennifer. At right is a picture of Jennifer, an innocent young life needlessly lost.  http://www.associatedcontent.com/article/5625256/the_legend_of_cropsey.html?cat=37
3 comments
Read more

July 19, 2020
one of 2 unidentified teens 2 unidentified boys were found murdered in the woods off of Eldon St Oct. 6,1988.  A composite was only done of one for some reason.  They were both black teens. One was age 14-17 the other 15-17.  One may have gone by the street name "Hooker". They may have ties to or have been from the Bronx,NY. Their families deserve to know what happened to their kids. These kids are also entitled to a proper burial. https://www.bostonglobe.com/metro/2015/02/04/unsolved/XOUROj1WzZoRdvCZ9RybhN/story.html
1 comment
Read more